Napoleon referred to it as the ‘drawing room of Europe.’ The location is special; it’s in Venice, after all. However, it is the buildings on St Mark’s Square that also help make the place so exceptional.

St Mark’s Basilica is certainly one of Venice’s most notable landmarks. It is incredible to look at as you can see from the image below. It is the best example of Italian-Byzantine architecture. There are also over 4,000 square meters of gold mosaic to admire – an indication of Venice’s wealth over the centuries. 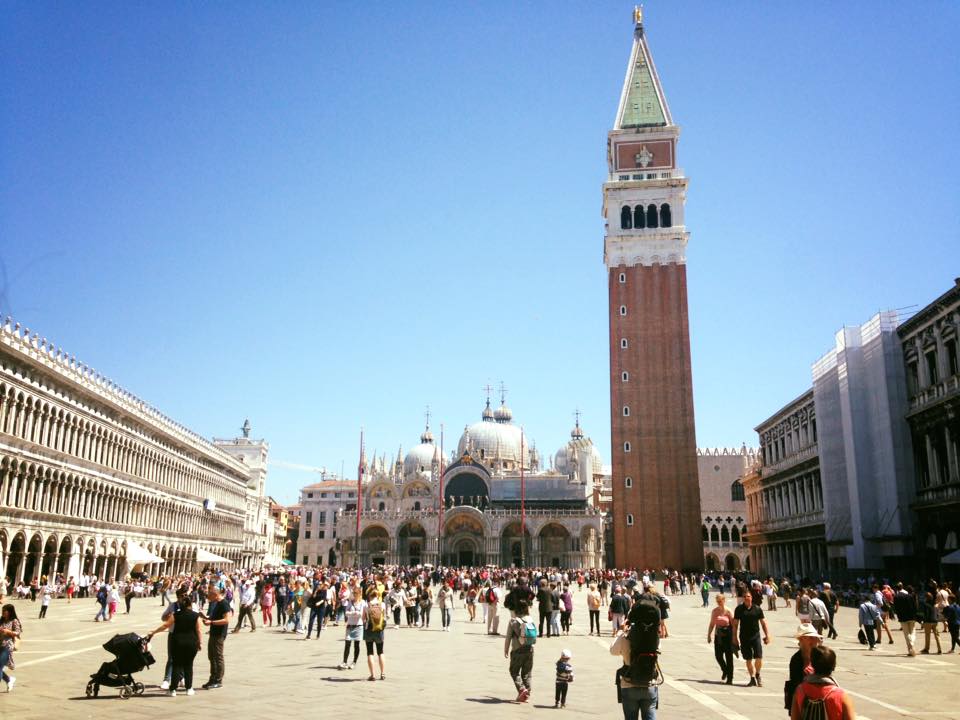 Caption: St Mark’s Basilica and the Campanile in #Venice. Sightseeing doesn’t get any better than this.

This was the administrative and legal centre of the Venetian republic. It is a fantastic example of Venetian gothic architecture, and quite different to the Basilica. Inside you will find a beautiful golden stairway, important artworks and outside is the Bridge of Sighs. It is certainly worth taking an organised tour to be able to access all that there is to see. 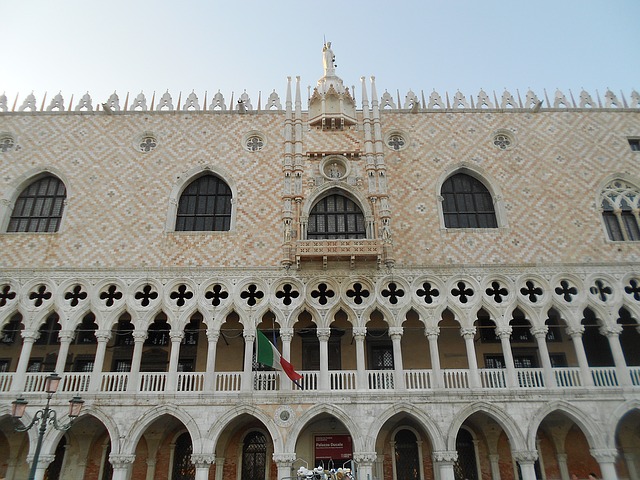 Caption: The stunning exterior of the #Doges Palace. The building dates from 1424.

This is the bell tower on the square, next to the Basilica. It stands over 90 meters tall and had to be rebuilt at the turn of the 20th century after it collapsed. You can climb up to see wonderful views of Venice and the lagoon. 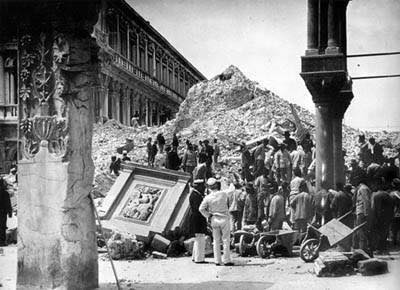 Caption: That day the Campanile fell to the ground! It was rebuilt and restored within 10 years. 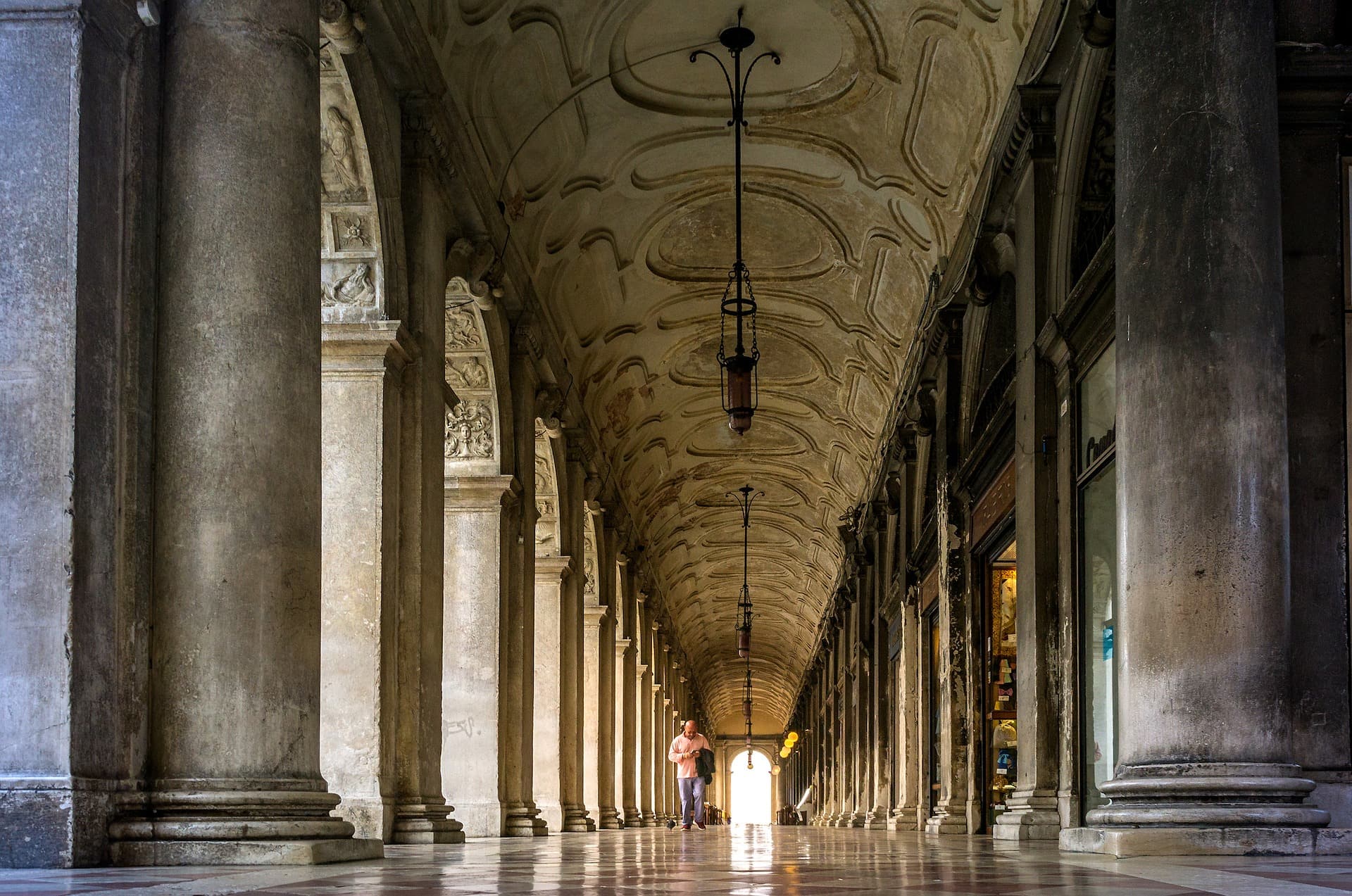 This is a fabulous example of Venetian architecture. It dates from the 1490s. The clock shows the hours, phases of the moon and signs of the zodiac. 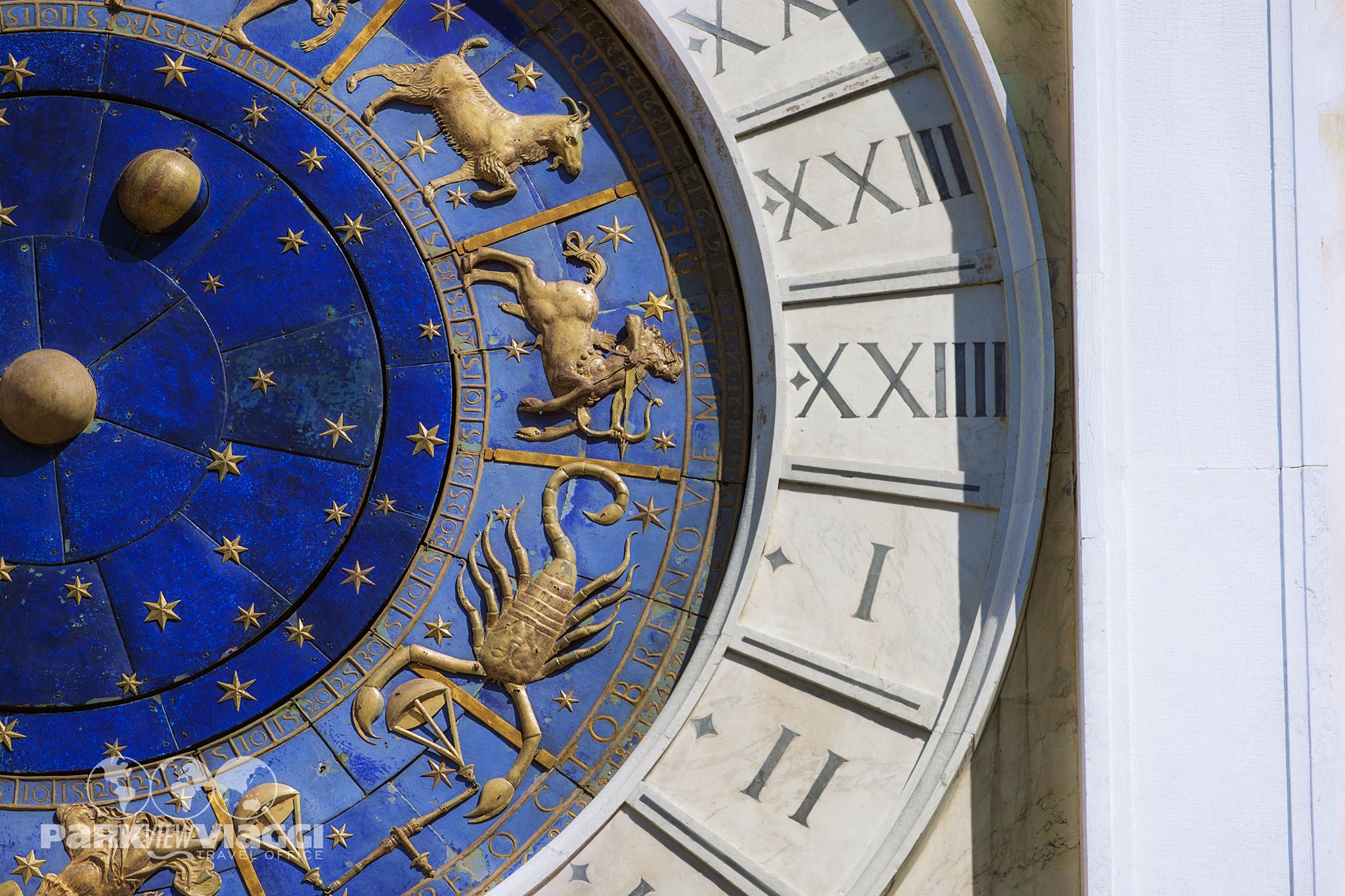 Caption: The beautiful blue and gold of the Clock Tower on St. Mark’s Square.

The Piazzetta di San Marco is not officially part of the square, but it does adjoin it on the southern side, on the way to the lagoon. There are two stunning columns here. One of them has the Lion of Saint Mark and the other has St. Theodore. Apparently there were supposed to be three, but when they arrived in Venice, one fell as it was being unloaded and sank. 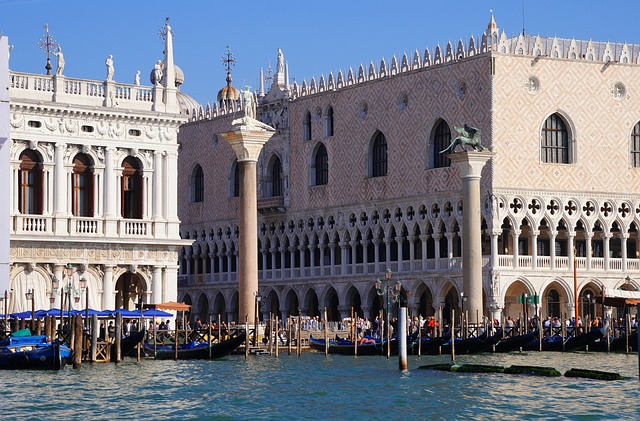 Caption: The Lion of Saint Mark and St Theodore at the Piazzetta di San Marco, #Venice.

This museum is less well known but it is an interesting place to visit since it recounts the history of Venice up to the 18th Century.

Correr Museum worth a visit for its fascinating and beautiful exhibits and wonderful views of the square.

The Biblioteca Marciana dates back to the 16th Century. It signifies a break in the architectural style of Venice. The architect who worked on it was from Florence and favored more classical styles. When it was completed, many of Venice’s new palaces used this style.

Biblioteca Marciana is beautiful inside and out – with its great hall, beautiful friezes and frescoes.

St. Mark’s Square is a must see for anyone visiting Venice. I can’t stress that enough. I would also suggest that it is a good idea to take an organised tour of the square – a good tour guide will share with you the fascinating stories that underpin each of these buildings. We, at Venice Incoming, would love to show you around.

At Venice Incoming, we specialise in helping our guests experience the best of Venice, including organising private tours or even a romantic evening Gondola serenade, as well as other Family Friendly Tours and Boat Tours.

Stay up to date with our news and reviews from other guests on our Facebook page.

Thanks you and hope to see you soon!

5 Reasons to Visit the Doge's Palace

Island of Sant'Erasmo: The Vegetable Garden of Venice

The Most Beautiful Drawing Room in the World - St Mark's Square